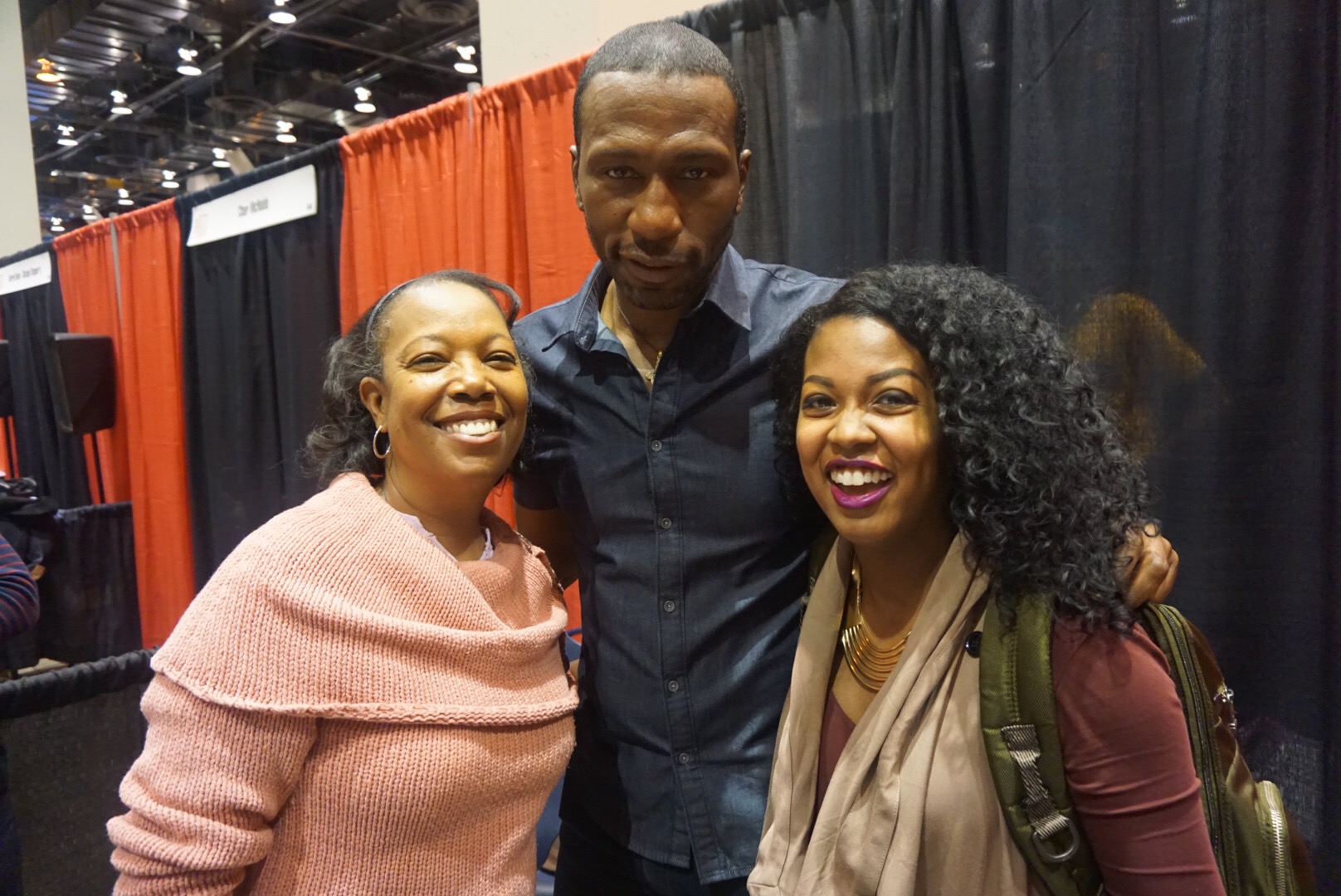 Warning!!!! This post is very picture heavy. I attended the Black Women’s Expo with my mom here in Chicago and learned a couple of things from it. Now I honestly have not been for at least five plus years, but my mother and I use to go every year it was our thing to do. So this year I made an conscious effort to go because I was very curious to see what the expo had to offer.

Upon entry the first visual thing you notice is the slew of radio station booths right in the front. WGCI had a beach ball contest, WII setup for the kids to play and a karaoke section for anyone who think they could sing.

The Expo also had a kids corner which didn’t have a lot of options but they still had one where kids could get fake tattoos, jump in the bouncy house, and Mariano’s even offered free healthy food to the kids only.

The next notable feature was the natural hair area which show cased of course natural hair they also had a styling section where you could get your hair done along with the products to purchase and plentiful samples. This is where I learned that Lusters has an entire line dedicated to natural hair. 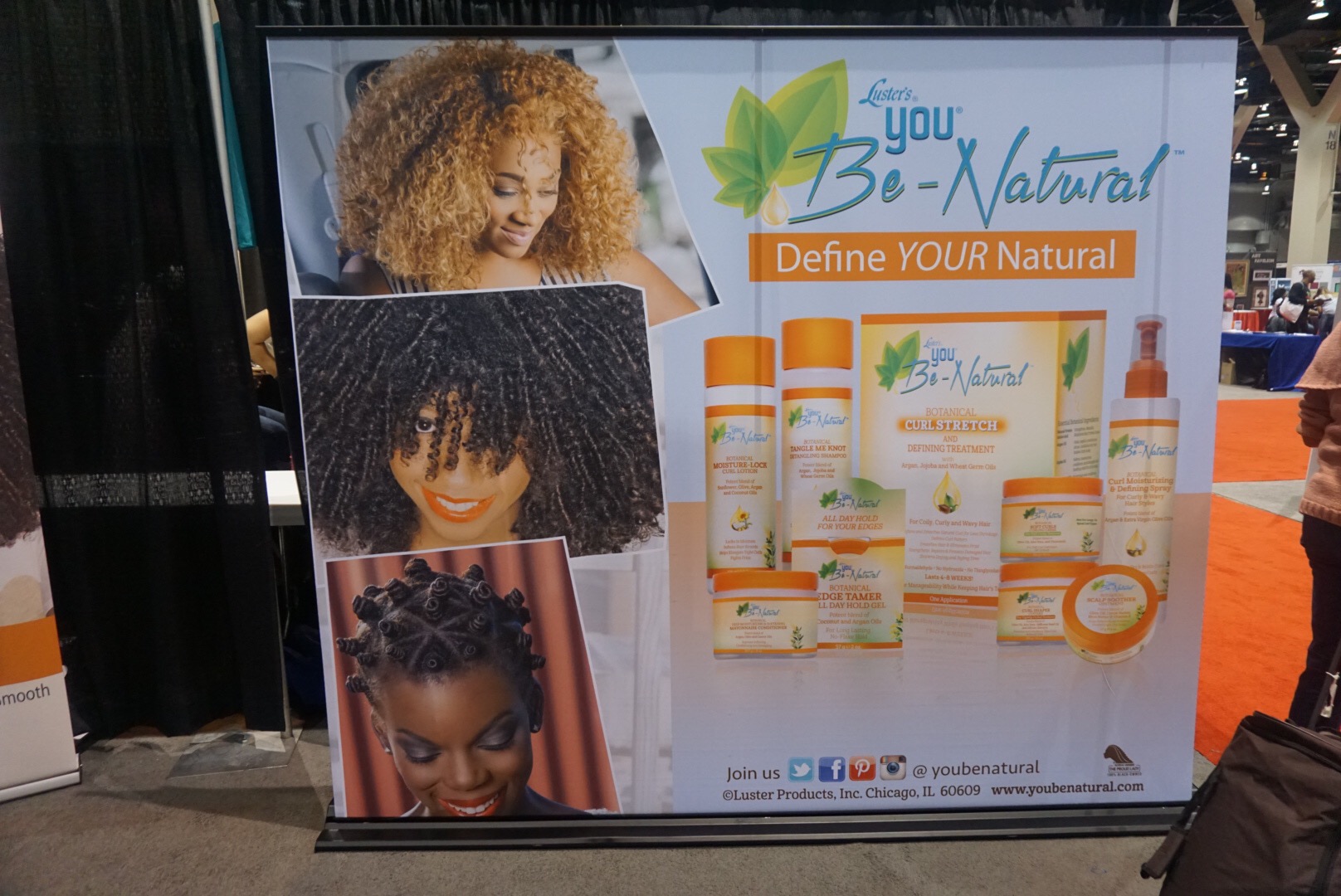 I also attended a seminar where Leon, Kim Whitley, and Sheryl D Ralph were speaking about African Americans in Hollywood, in which I throughly enjoyed!

The only downside to the seminar was the spacing, the room clearly was not big enough to accommodate the magnitude of people that wanted to attend. The expo had to stop letting people in so that they could be up to code with the safety hazards. Which was also the reason why I wasn’t able to attend Ms. Porsha’s seminar which had filled up 30 to 45 minutes before she even got there.

Another aspect that I liked was the natural hair show which was done by Lusters Products. 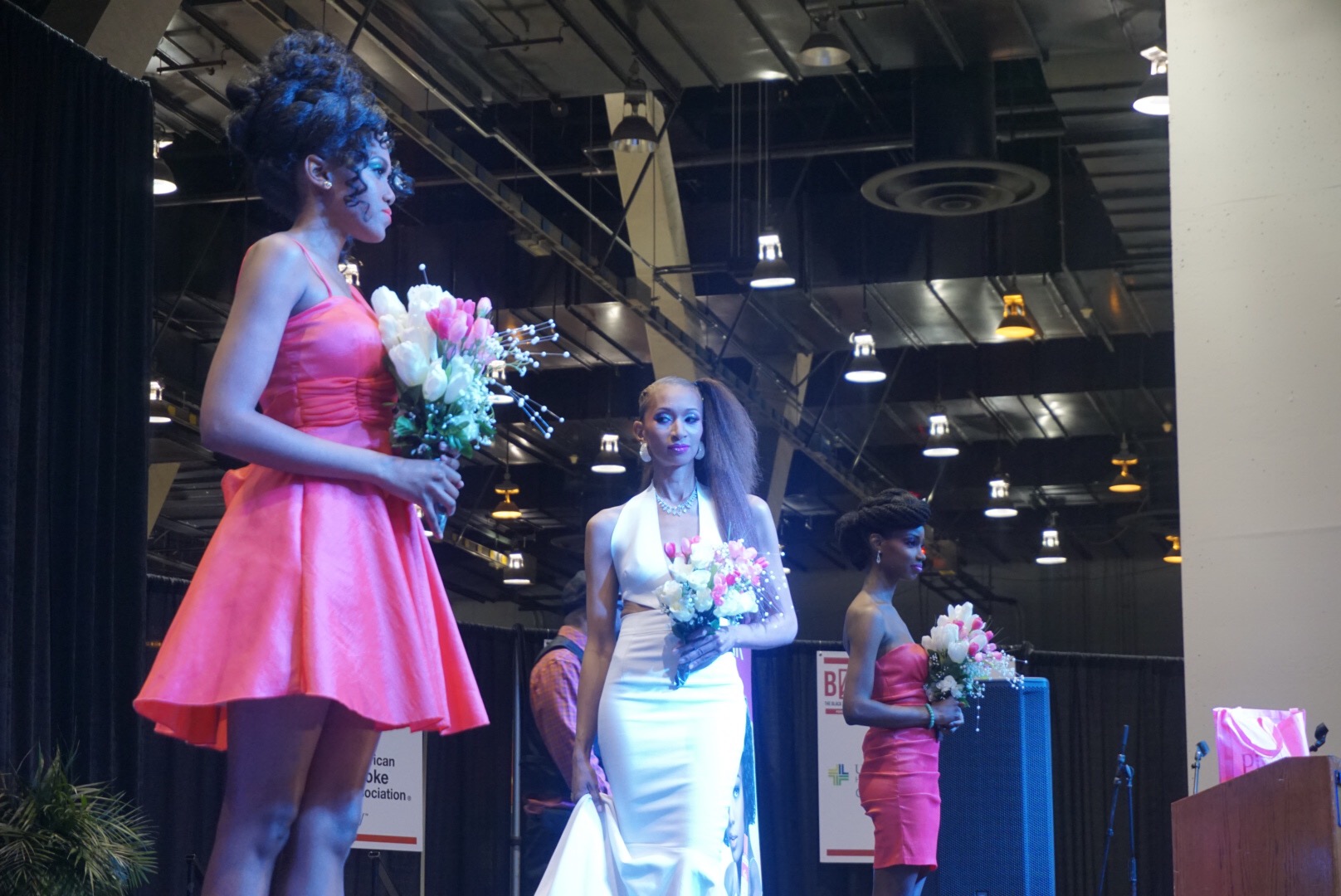 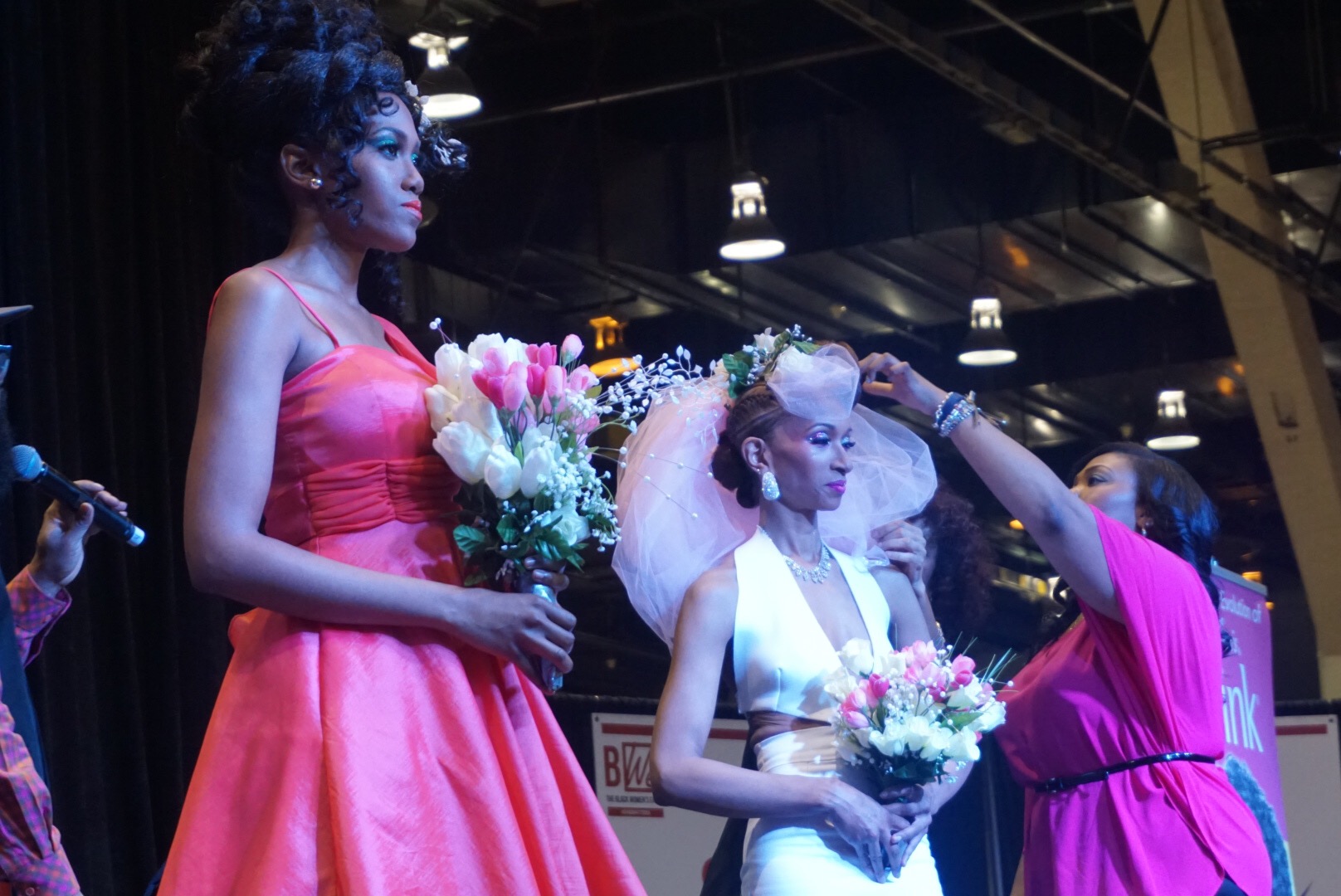 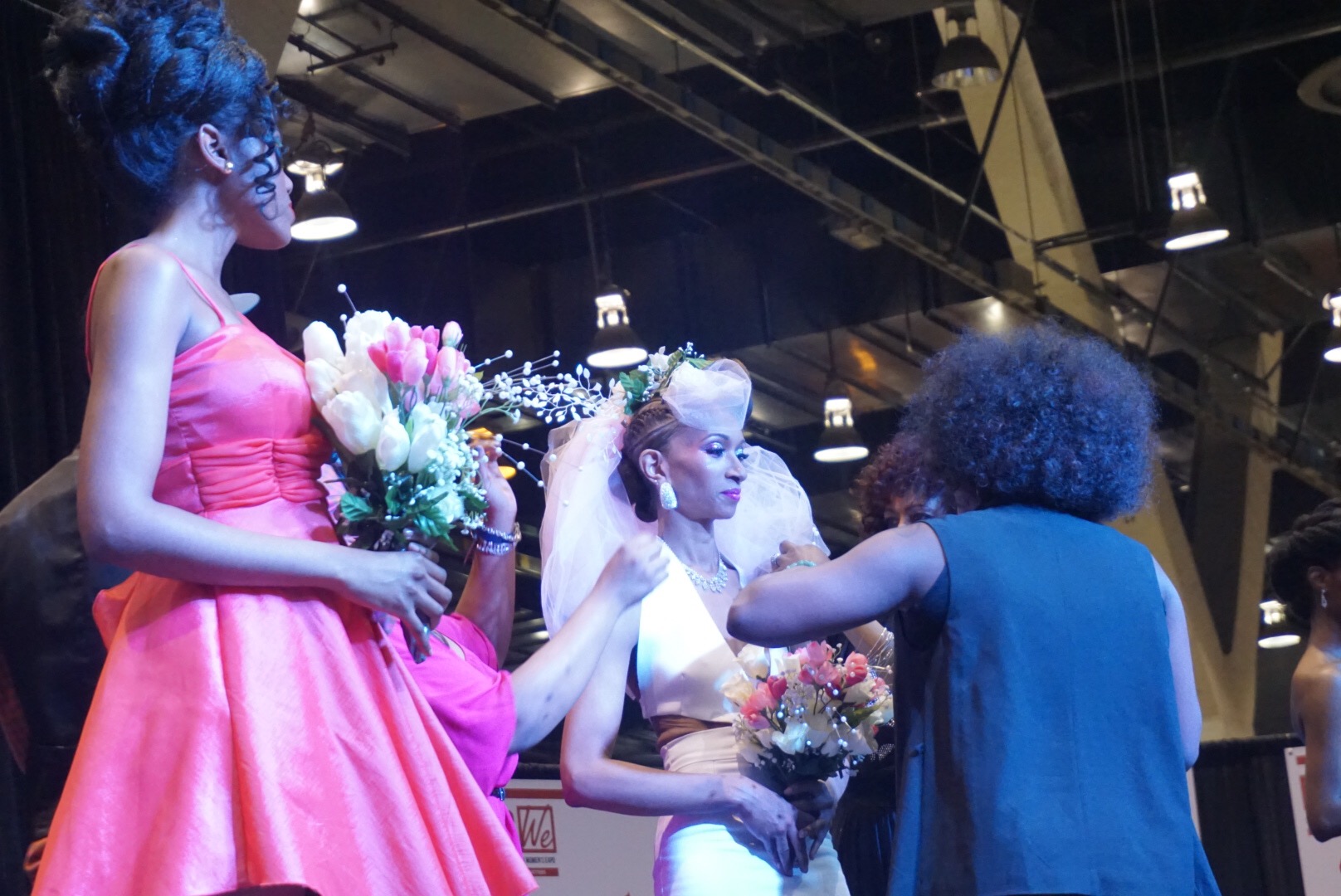 As you can see they had a wedding theme and local natural hairstylist who completed these hairstyles in less than 10 minutes. And the fashion show that followed was epic! So epic to the point that I totally forgot to take pictures! Lol!

I enjoyed those aspects of the Expo, there is definitely however room for improvement. The isles need to be more spread out, utilize the space which there was a lot of might I add. Variety of vendors could also enhance the Expo as well going through the isle the vendor began to look the same and some were very pushy of their products. Bigger rooms for the celebrity speakers there should be no reason to turn away people due to lack of space. Lack of eatery was a major turnoff. There was literally only two food vendors, Robinsons, and Connies Pizza. Although I do like both a little more variety like healthy food options would be add to the Expo as well. Hopefully next year these little improvements can be implemented to make The Black Women’s Expo.

Have you attended the Black Women’s Expo? What did you like and dislike?